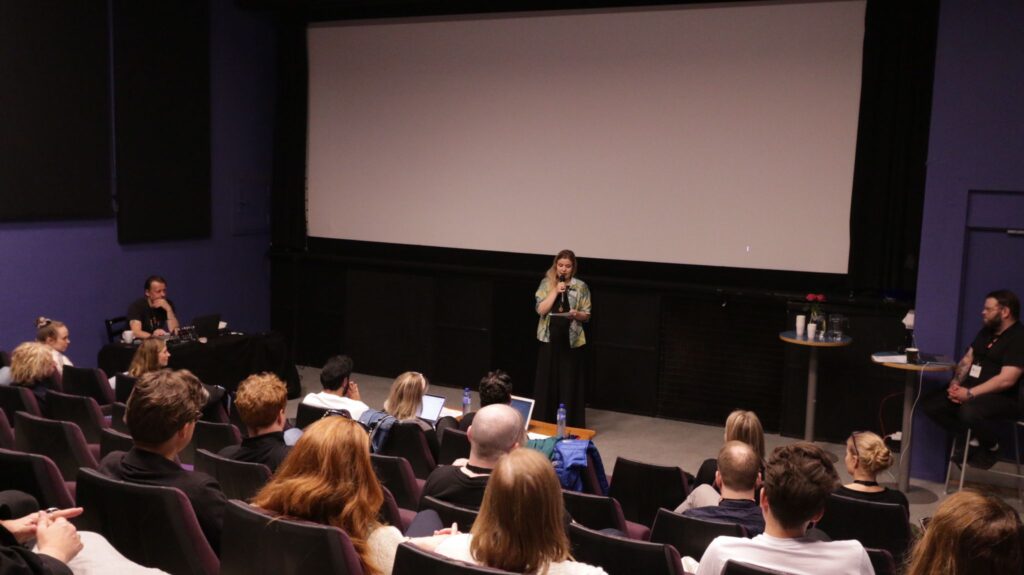 During the award ceremony of the Norwegian Short Film Festival Erik Sundblad (Filmcloud, Sweden) was announced as winner of the Screen Talent Europe Pitching Forum 2022. He was awarded with €4.000 production support.

For the fifth year in a row The Norwegian Short Film Festival, in collaboration with Mediefabrikken and Screen Talent Europe, invited emerging producers, directors and screenwriters from Europe to pitch new short film projects at the festival. Twelve projects were selected for the pitch.

“For its originality of vision and for his intention to challenge the audience to question their own perspectives, the 2022 Screen Talent Europe pitching award of €4.000 goes to Erik Sundblad.”

“For creating a world in the comedy horror genre. A world that we were drawn towards. And the project holds a high entertainment value, therefore the jury would like to give a honourable mention to Jonathan Hughes from Ireland.”