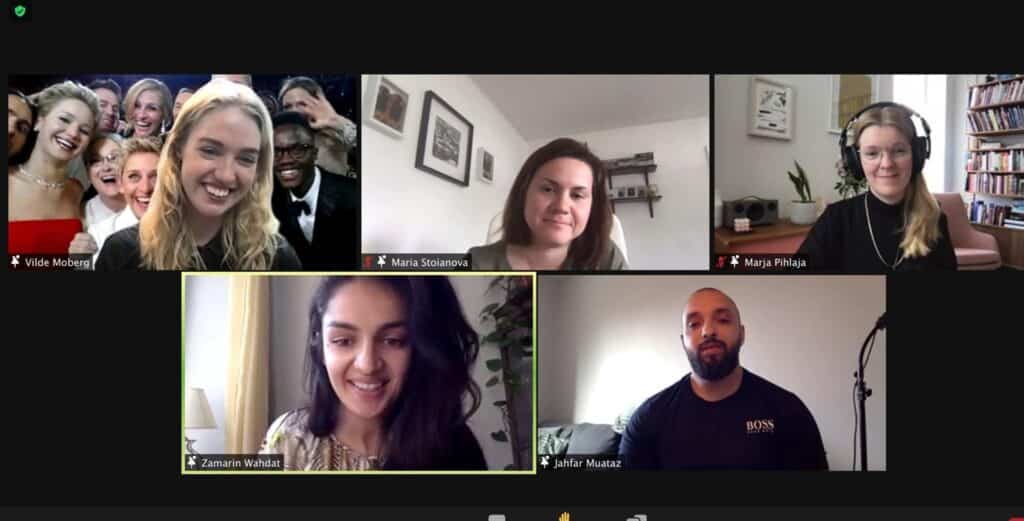 During the award ceremony of the Norwegian Short Film Festival Jahfar Muataz and Alexander Nielsen were announced as winners of the Screen Talent Europe Pitching Forum 2021 with their project Torn. They are awarded with €4.000 production support.

For the fourth year in a row The Norwegian Short Film Festival, in collaboration with Mediefabrikken and Screen Talent Europe, invited emerging producers, directors and screenwriters from Europe to pitch new short film projects at the festival. Eleven projects were selected for the pitch. The jury consisted of director and last year’s winner Zamarin Wahdat, programmer for Nordisk Panorama Maria Stoianova, and Finnish producer Marja Pihlaja. They chose Jahfar and Alexander as the winners with their project Torn.

Jahfar Muataz (29) is a director who moved to Copenhagen when he was one year old. In his teenage years he moved back to Iraq during the war for two years. Here he witnessed things that played a big part in shaping him as a person and as a film director. Jahfar is facinated by the psychological part of the human and particular in stories that are hidden behind the curtains, that no one dares to address. He has directed a number of music videos and short films. Currently he is working on his tv-series with the DR and his first feature film with Hyænefilm.

Alexander Nielsen (28) is a danish film producer moving into the universe of art film focusing on fiction as the primary driver. Alexander defines himself as a creative producer who is also involved in the artistic process. Alexander was introduced to the film business through Zentropa’s training program. Alexander is now a part of the alternative prestigious film school Super16 and working as a producer at the Danish production company Pegasus productions.